Speaking of attractions in Milos, we can say with confidence that the island that itself is an attraction. The magical beaches, the multicolor of the volcanic rocks on the rocks and the mountains, the traditional villages with the delicious local cuisine are some of the main features of Milos.

• "Syrmata": Picturesque, traditional, seaside houses, where fishermen's boats used to be stored to

Many and interesting are the monuments that testify to the strong cultural presence that exists in the beautiful Cycladic Island since antiquity. Of course, its most famous finding is expatriate and admired by the world community at the Louvre, but you can visit the ancient city, along with the ancient theater, where Aphrodite of Milos was found.

Sights are worth visiting, among many others:

• The Christian Catacombs: impressive as well as unique in Greece, deem Milos a sacred island

• The Venetian Castle of the 13th century with the unforgettable sunset, built on the hill of Profitis Ilias, in Plaka

• Ancient Roman Theater, with its marble stands, orchestra and scattered architectural pieces in the surrounding area

• Ancient city of Fylakopi, one of the most important settlements of the Cyclades, where relics of 2 millennia are preserved

• Sulfur mines and Paliorema beach, an abandoned sulfur mine, where you will find wagons, tunnels, spare parts, mining tools from the years of operation of the mine and incredible colors on the rocks and the quiet beach

• Cape Vani, an abandoned manganese mine

• The Photography Exhibition of Milos at the Art House, where you will find photos from everyday life in Milos 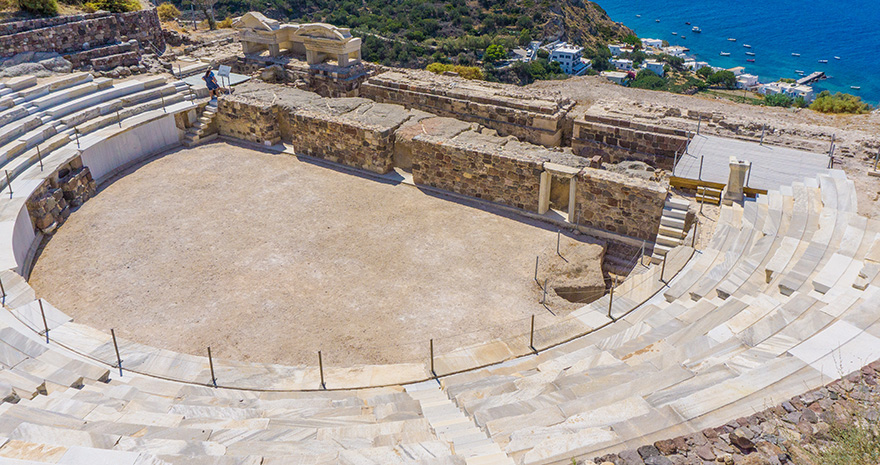